Own this celebrity look!

Leave us a message and our fashion consultant will get in touch with you.

This item is Sold Out in your size, but we'll put in a special request with the Designer. Fill in your details and we'll get back to you. 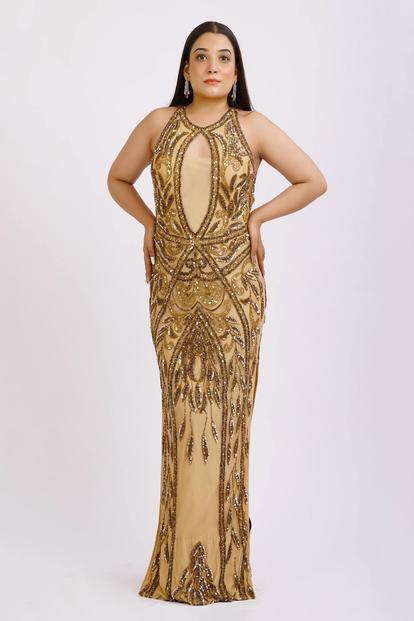 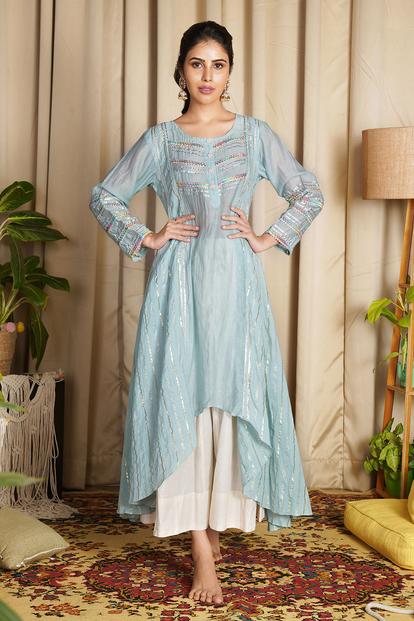 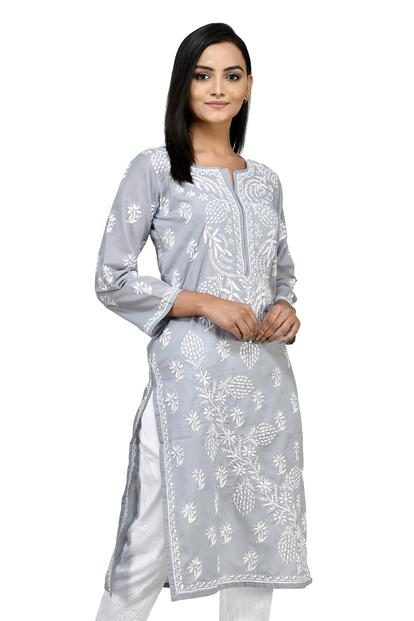 TRUE TO ITS LITERAL MEANING, IT’S THE BANDHANI PRINT THAT CONTINUES TYING CELEBRITIES AND DESIGNERS TOGETHER   Derived from the Sanskrit root bandh (to bind, to tie), bandhani print has tied celebrities and designers together like needle and thread. The understated elegance of bandhani designer wear collection has resonated so deeply in Bollywood that many Hindi cinema personalities have sparkled in   ethnic bandhani clothes and marked their impression across time.

Remember the red bandhani dupatta that Kajol swirled in the wind in the movie Kuch Kuch Hota Hai? The epic movie attracted countless thumbs-ups for the well executed scene! And if Kajol dazzled in red, the ever-glowing fashionista, Sonam Kapoor, perfected the art of sizzling in bold hues of bandhani saris and gorgeous bandhani lehengas in Prem Ratan Dhan Paayo. Closest to impeccable, the vibrant costumes by Anamika Khanna played an incredible role in making the movie a big success.

Popularly known as the costume king of B-town, Manish Malhotra bandhani collection is something that we overtly admire. After all, didn’t the soothing bandhani prints flaunted by the bubbly Alia Bhatt in Badrinath Ki Dulhania add a glitzy and festive touch to the HSKD sequel? The fine bandhani shrugs and flowy bandhani dresses did immense justice to the character of a girl coming from the small town of Kota, Rajasthan. We’re sure you agree.

What fascinates us about Naina Jain bandhani collection is the adroit mix of classiness with simplicity. Buoyant colours radiating chivalry and poise, the elegant hand-woven bandhani saris are ones that invoke sheer opulence. Not to mention the rich brocade bandhani lehengas that are reminiscent of timeless chic appeal. Such is the power of this Indian designer bandhani clothes online; it seldom fails to attract love and praise.

And when we think of exclusive Indian designer wear clothing, it would feel like missing the target straight if we fail to mention Anita Dongre Grassroot collection. Whether it is bandhani kurta sets or bandhani print maxi gowns, Anita has the talent and skill to weave unadulterated magic, every time. We were surely taken by our senses when the stunning Dia Mirza was photographed in Mumbai in a   navy blue bandhani dress by Anita’s eco-friendly label. To add additional glamour to the look, the actress chose to go for two-toned flats. The dress definitely complimented Dia’s sleek bodyline.

Bandhani, an art that originated in West India, is surely sending waves in the glam world. It is safe to say that it goes with its literal meaning of tying ends together, in this case, celebrities and designers.